Gary Burrell and Min Kao founded “ProNav” in 1989. At his job prior, Gary pioneered the integration of communication systems with navigation technology. This was at King Radio, which designed air navigation and radio equipment. He recruited Ming during this period.

At the time, GPS technology was very niche, still in its infancy. The U.S. Department Of Defense developed GPS strictly for military use in the 1970s. It was only approved for civilian use a decade later.

Over time, ProNav rebranded itself to “Garmin”. Derived from the first halves of the names of its founders Gary and Min.

Garmin sold its first product- the GPS 100AVD- to the US Army. The size of a book, it provided navigation technology for small planes and sold for a $1000.

That was three decades ago. 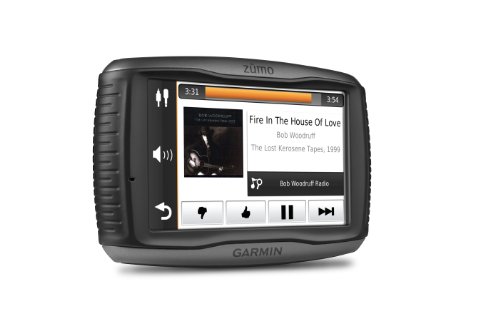 The same holds true for motorcycles, with the Garmin Zumo series. The Zumo 595lm being the flagship model. We touched upon this in an article prior, pitting it against another equally respected product, the TomTom Rider 550. The 590lm is equally respected by the motorcycle community, albeit with a tighter budget.

GPS technology is extremely convenient, to the point of being almost necessary nowadays.

And Google Maps is a free, brilliant application that works incredibly well for the majority of us.

But motorcycles, being exposed to the elements at all times, require accessories that are much more rugged and versatile. Google Maps won’t cut it when you’re on a highway in Missouri on a cross-country tour and you don’t know if you’re on the right path. 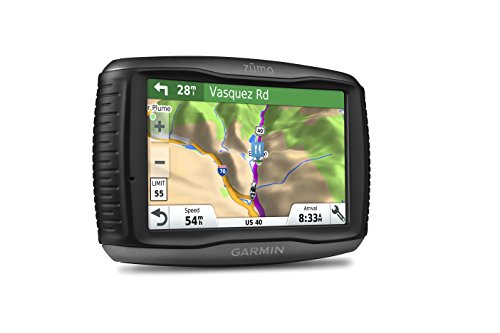 You need GPS units that have been designed specifically to suit the nature of riding.

This is why we authored this article – to help you pick the GPS System suited best to your needs.

What to consider before buying

The key to a sound financial footing is knowing where your money is going. Budgeting helps you see where your money comes from and what your expenses are. You should minimize your expenses to those that are only practical- don’t jump on the bandwagon and buy something just because your friends think it looks cool.

This applies when looking at Garmin Zumo 590lm vs 595lm, just as for every other purchase you make. 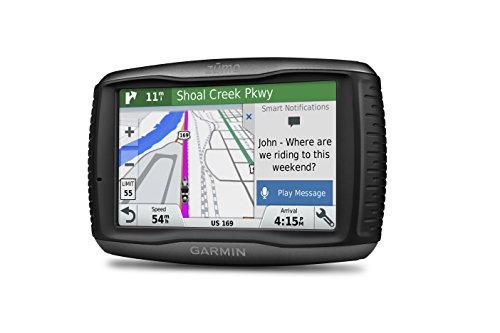 Both products have the same display size of 5 inches. The standard sizing for GPS units, 5 inches is more than enough. The size of the screen warrants adequate space for directions and instructions, making them easy to interpret. Even with gloves on, you can perform tasks that require nimble swiping.

The resolution for both products is decent as well, with a pixel range of 800 x 480.

While both units have a battery life that is somewhat short – 4 hours – this will rarely be an issue. The unit is always going to be hooked to the battery of your motorcycle via a power cradle.

If you need to disconnect the motorcycle GPS because you want to walk to your place, make sure it lasts for less than 4 hours. And no one has ever had to walk for four hours after getting off their motorcycle, so you’re good.

Both units have fantastic text to speech conversion. Those of you living in more remote areas will be happy to hear this- the voice prompts include the actual name of the street and exit number, such as “Turn left onto Chicken Dinner Road”  (this is an actual street, by the way).

Borrowing from above, voice guidance is just as good, with timely updates throughout your commute.

Other areas that the Zumo 590lm and 595lm have in common include: 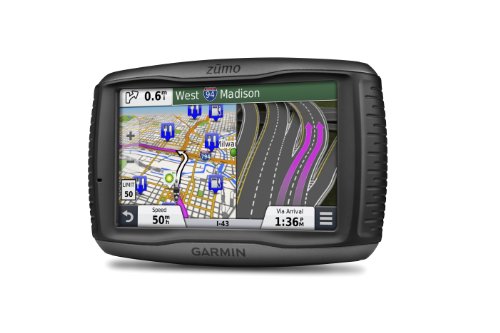 Want to fill that void in your soil with adrenalin that the Wellbutrin can’t?

The adventurous routing option allows you to choose a setting based upon your preference for curvy roads, hills, and major highways. This setting allows you to tailor your route according to your mood.

GPS integration until very recently used to be restricted to text-to-speech and voice-command.

But today? You can blast random playlists with strange titles (came across one named Aluminium Battery that was entirely gangster rap. I don’t know if they were referring to battery in the legal sense.). The Zumo 595lm allows you to integrate your GPS with media players like Spotify & Pandora.

A feature that allows you to expand the features of a compatible automotive device by allowing the device to use your smartphone’s data services with minimal data usage.

Borrowing from above, all you need with the Zumo 595 is a compatible Android or iOS smartphone with the Smartphone Link app installed.

LiveTrack allows you to share your ride, in real-time, with friends and family through email. This is incredibly convenient – your friends who live a couple of hours away don’t have to call you up every half an hour to ask much longer you’ll take.

Which One Should I Buy?

The budget comes first- depending on whether or not your bank account will be fine without the extra $100, your priority is to weigh the benefits of your purchase against any issues losing the $100 would mean.

Beyond that, it also depends on the following:

Do you ride for fun or to get around?

Is your motorcycle primarily leisure-based, or do you ride it to work? Because if it’s the former, you’re better off with the Adventurous Routing offered by the Zumo 595lm.

How important is music to you?

We’ve said this many times before, but riding for hours on end can be boring at times. Of course, the sights, thrill, and general zen-like state you attain when it’s your body on two wheels versus the rest of the road are more than enough engagement for most people, but for some of you, it isn’t. The 590lm does not come with the Spotify/Pandora integration like its successor does.

Do you hate not knowing?

A lot of us struggle with the anxiety that visits on you when someone tells you that they were going to be home an hour back, but isn’t. With motorcycles, you don’t have the luxury of answering calls (unless you have an intercom) short of parking the bike by the side of the road.

GPS units make your life on the road much easier- but you knew that already.

What most people don’t know is that some GPS units have certain features that make them a better buy than others- and it’s up to you to figure out whether those features are worth the difference in price.