We do love our motorcycles, don’t we? Irrespective of whether you own a little CB125 or a humongous Goldwing- the moment you see someone sitting on your parked motorcycle for no reason, it blows your valve off.

Then comes the worst nightmare of your motorcycle getting stolen- apologies for painting this dreadful picture. But they do come true, and there is something you can do to address these two situations. You may opt for the wire-locks, disc brake locks, and chains, but being visible also makes them prone to tampering. Even though your motorcycle might not end up with the thief- there are high chances of damage.

Thanks to technology- you now have better options. Riders! Say hello to anti-theft motorcycle alarms.

How to deter theft attempts on your motorcycle?

A few high-end motorcycle feature engine immobilizers as a standard feature- Honda’s HISS being one. However, as the acronym sounds, it’s a discreet activity running in the back end. That’s the case with most engine immobilizers.

Thieves do not always ride away motorcycles, and thefts are planned well in advance. Bolt cutters would split the locks and chains into half in seconds. Picking up a motorcycle and stowing it away in a van can be done in a matter of minutes. Making the stolen bounty invisible to someone looking for it.

Alarm systems do not guarantee against thefts. But they do give your beloved machine some space to fight back and scream out for help. The components in the unit connected to the battery raise fears that it might draw too much power if the motorcycle is not being ridden regularly.

There is a good number of riders out there who pull out their motorcycles only for a leisurely weekend ride or once in a month, probably for a long tour. So this raises the question “Does a motorcycle alarm drain the battery?”

How does the motorcycle anti-theft alarm system work?

We first need to have a broad understanding of how motorcycle anti-theft alarms work. I assume you are not going to fall for the cheap basic systems that could be easily tampered. Thieves have been getting smarter, and thankfully even the system.

Anti-thefts now come mated to a GPS tracker with an in-built SIM card (chargeable by the operator). The unit not only pings location but is also smart enough to send updates to your phone, suspecting any unusual movements of the motorcycle. A few even offer an engine cut off system rendering your motorcycle non-rideable when it senses a tampering attempt.

The anti-theft system comprises of a gyro-sensor embedded into the control unit getting into alert the moment you turn off the ignition key. Sensing any strange movements of your motorcycle in switched off mode is enough to send out a deafening distress call through the buzzer. The engine immobilizer then shuts off the ignition function for any cranking attempt, and the sim-enabled GPS unit would start broadcasting warning messages as well as coordinates that you may track on your mobile or desktop.

So, will the motorcycle alarm drain the battery?

The entire anti-theft being connected to the battery and drawing power with the motorcycle at rest does sound worrisome. However, the truth is that modern systems are very efficient and consume little charge to function. The unit that consumes maximum power is the buzzer, but then it is not every day that your motorcycle undergoes theft attempts. 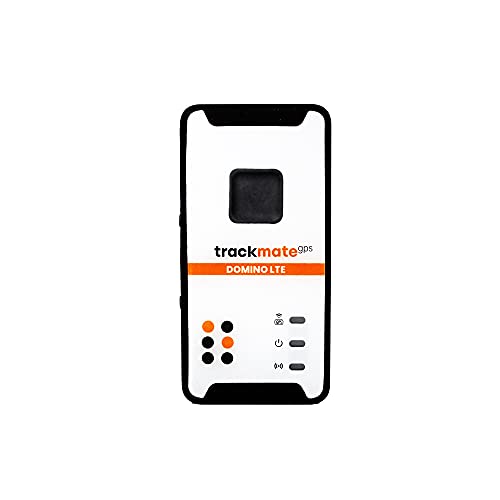 The frequency of pings also determines the power consumption. Major motorcycle anti-theft systems would drain your battery worse by 50% in 15 days if your bike has not been ridden or cranked at all. A few tracking systems come with battery packs that power the unit for a good number of hours. For example, the Trackmate Mini offers a claimed 6 hours of battery life once activated for tracking.

So breathe free if you are a regular rider, or maybe in a worst-case scenario- using your motorcycle once a month is still not a spot to worry. You will have enough cranking power in the battery to fire up your motorcycle, kick-starting the charging cycle.

If you are still apprehensive of the battery losing charge- it would not be a bad idea to idle your motorcycle once a week. The battery may not charge itself as quick under idling but would trickle-charge it a few notches higher.

Trust this puts to rest all the fears surrounding the use of a motorcycle anti-theft alarm system. Even if you’re using a conventional locking system, it would be a good idea to have an anti-theft installed on your motorcycle without worrying about battery drain.

Particularly if you’re a regular rider and park your motorcycle at new and unknown places. There have been situations where a motorcycle was located and recovered by the cops 500+ kilometers from where stolen.

There is an array of anti-theft systems available for you to choose that suits your requirement and budget. It is more like an additional insurance policy for your motorcycle if the situation goes awry. Though it cannot guarantee that this would completely deter a theft attempt, with the odds highly reduced puts you and your motorcycle in a much better position to deal with the situation.