Every motorcycle has a rectifier used to convert the AC generated from the engine energy to the DC that is stored in the battery. However, rectifiers are susceptible to damage, which requires immediate replacement. Many people have even wondered will a motorcycle run without a rectifier, which is only fair if we discuss it below.

A motorcycle can only run without a rectifier if the battery is fully charged. However, the motorcycle will stop once components like headlights drain the battery charge, and it won’t be possible to start it unless you replace the rectifier.

That’s not all, as you still need to know what a rectifier does on a motorcycle and how to identify a faulty one, which you will learn if you read on.

Can A Motorcycle Run On A Bad Rectifier?

Motorcycles rely on an electrical charge to start and run, and that’s why energy is stored in the battery in the form of DC. A motorcycle’s charging system consists of three components:

A rectifier is probably the most crucial component in this setup. However, you can still start your motorcycle, provided the battery is fully charged. Even so, this is not a long-term solution as the battery will eventually drain its power, and you won’t be able to start the bike again.

What Does A Rectifier Do On A Motorcycle? 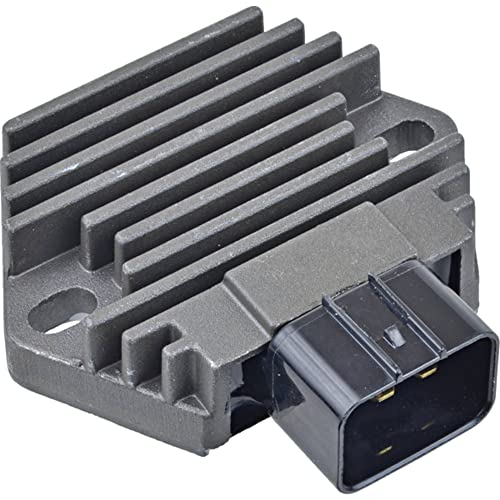 A rectifier ensures that the motorcycle has enough energy to light headlights and start the bike by charging the battery.

How Do I Know If A Rectifier Is Working Properly?

A rectifier will give off warning signs before it fails entirely, and it’s hard to miss them. You can save a lot of time and resources by acting fast once you see any of these signs. Here’s what to look for if you suspect the rectifier is failing:

Although many things can cause this problem, a failing rectifier is the first cause. It’s the biggest warning sign, and you should have a technician look at it. A rectifier’s work is to charge the battery, and if it has failed, the battery can drain its power when sitting idle. It becomes impossible to start the bike since a stator relies on an electric current from the battery to start the bike.

This problem is directly related to a draining battery but also acts as a warning sign for a defective rectifier. The problem is experienced when the engine is idle, but the lights will become brighter as you rev the bike.

Sputtering When You Ride

A motorcycle might run with a faulty rectifier, provided the battery is fully charged. A rectifier’s work is to charge the battery by converting the AC energy from the alternator to DC energy stored in the battery. Dimming lights, failing to start, drained battery, and sputtering sounds are warning signs of a failing rectifier.

Checking and replacing a rectifier earlier can save you time and protect you from damaging the battery due to overcharge. Get in touch with a technician to diagnose a rectifier and the entire charging system.